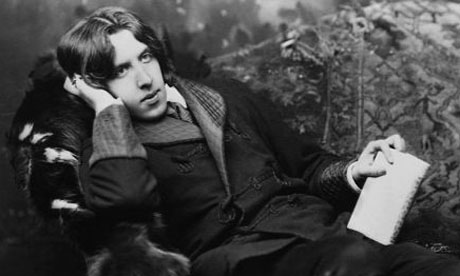 I’m not going to bore you with facts about Oscar Wilde which you could extract from google with a few clicks, instead I recently felt inspired to write about my love for his work.

When I was in year 10 I read The Picture of Dorian Gray for the very first time, since then I think I’ve read it at least once a year, if not more. I fell in love with Oscar Wilde’s irreverent witticisms, his lyrical style, his exquisite turn of phrase. I’m pretty sure I powered through multiple biographies and even had a Tumblr blog dedicated to him. (forgive me I was 14). I can honestly say that Dorian Gray was the first book I read and immediately wanted to read it again – it’s my second favourite book (I’ve posted about my favourite on my blog before), it’s 2nd place only because I want my favourite book to have a beautiful and bright happy ending. A favourite book should be like a best friend, caring and always there when you need them. Maybe a 2nd favourite book is the reckless friend that encourages you to go on that night out when you know you shouldn’t.

Reading Dorian Gray turned me on to the power and beauty of well crafted literature, and is certainly one of the contributing factors to why I’m at university today studying English – still desperate to find another couple of pages in the expansive University library that will make me feel as inspired as I did when I first read the witty, irreverent, paradoxical, morally ambiguous preface.

I could have written on my love for Wilde before on my blog, I only felt inspired to now because I’m planning to write an essay on some of his works. Usually writing an essay on a work kills it – like dissecting a frog, no one cares if the frog dies, and it’s ultimately really boring. But this week I’ve rekindled my love for Wilde reading some of his essays which I could never quite get my head around as a 14 year old and reading An Ideal Husband and The Importance of Being Earnest. I have a yearning to read Dorian Gray again, and I might just be highly anti-social this weekend and stay in bed and do just that.

As a 19 year with Alevel and 1st year degree level English Literature under my belt I now appreciate Wilde on a different level to when I was 14, entranced simply by the magic of his language and the mystery of his motives. I read him now as one of the greatest liars ever to live, I don’t really think he believed a word of what he wrote in the aforementioned Dorian Gray preface, but his conviction in writing it was so powerful that maybe he did convince himself of the truth in those shallow sentences. This may sound paradoxical but Wilde was a Prince of Paradox himself (taking the phrase from Dorian’s description of Lord Henry in Dorian Gray), Wilde wrote moralistic children fairy-tales alongside his scandalous novel; he provided scathing critiques of high-society in his comedies will existing in that society; he warned against the dangers of lying, of leading a double-life, in many of his works, whilst he himself led a double life.

Oscar Wilde is ultimately a glamorous figure, he is remembered just as much for the myth that surrounds his life and character as he is for his literary works. His death in a cheap French hotel with horrible wallpaper only cementing my perception of him as glamorous – he died as he lived, beyond his means.

One thought on “Wild about Oscar Wilde”